Arndt and Olive Triumphant in Member-Guest

The Alabama – NW Florida PGA Section hosted a Member-Guest tournament at Musgrove Country Club on Monday, March 29. The format was very similar to what many clubs use when hosting member-guest tournaments.

In this tournament, teams consisted of a PGA Professional partnered with one amateur guest. Twenty teams competed in five pools playing three nine-hole matches each. The five pool winners and one wild card team, the highest point earning team that was not a pool winner, competed in a five-hole shootout to determine the champion.

The nine-hole matches were played under a four-ball match play format, but things became more difficult in the shootout. The format changed to an alternate shot format, with one team eliminated on each hole. The shootout started on the 14th hole at Musgrove C. C. and concluded on the 18th.

The 14th hole claimed the first shootout victim. The Anniston C. C. team found the penalty area on the left off the tee and could not successfully recover. They finished in sixth place overall. The par-3 15th hole knocked the Pensacola C. C. team out after they missed the green to the right and gave them a fifth-place finish.

The following two holes continued that theme as the teams that missed the greens had a tough time recovering. The Steve Deboer Golf Academy finished in fourth place, while the Cherokee Ridge C. C. team claimed third place.

The final two teams from Pine Tree C. C. and Cypress Lakes G. & C. C. teed off at the par-5 18th hole with the championship on the line. After both teams made par the first time, they returned to the 18th tee to determine a winner.

The Pine Tree C. C. team found itself in trouble off the tee and was forced to punch out, leaving them unable to hit the green in regulation. An excellent chip shot kept them in contention with a makeable par putt. The Cypress Lakes G. & C. C. team hit two decent shots, leaving them just short of the green with a bunker to pitch over. Arndt hit a solid shot that set up the birdie putt from Olive to claim the victory for Cypress Lakes G. & C. C.

The Section would like to thank our tournament sponsor Jon Cooley for his support of the event and our Section. Players were gifted Corkcicle Cups and L2 Brands wall-mounted bottle openers with our logo courtesy of Cooley through the companies he represents. He also provided Oakley sunglasses that were awarded to all players who qualified for the shootout.

Additional thanks to Marcus Neffield of Your LeaderBoard for providing the scoreboard and to Head Professional Cade Diehl and Musgrove C. C. for hosting the tournament. 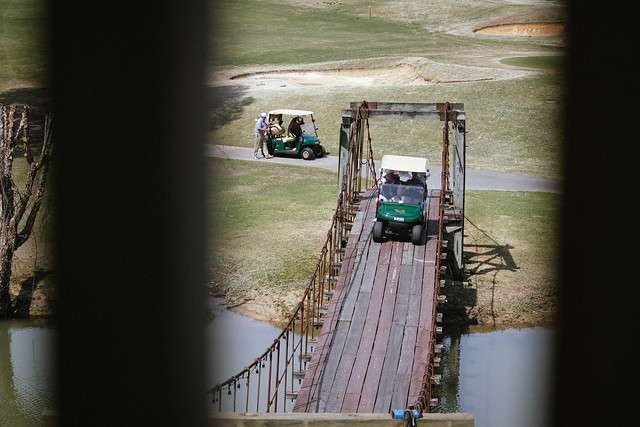