The fourth event in our Stroke Play Series came to an exciting end on Monday at Ballantrae Golf Club in Pelham, Alabama. Neil Thompson secured his victory in a playoff. He and Thomas Luther both ended the day with a 4-under-par 68. These two plus a few other interested golfers crossed the street back to the first hole for the playoff.

We started the day very cloudy, but as the golfers advanced, the clouds cleared and the sun was shining. It was a great day for golf despite the heat.

Copeland missed the playoff by one stroke and landed in third place. There was a three-way tie for fourth place between Colin McKern, Miller, and Mike Genovese who all shot a 2-under-par 70.

It was a day full of ties as five golfers tied for seventh place. Blackwell, Dominic Diaz, Brian Corn, Rea Schuessler, and Ryan McLean all carded a 1-under-par 71.

Thank you to Jerry Applegate and Ballantrae G. C. for hosting this event. Additionally, we want to thank GT Golf Supplies for sponsoring this event and supporting the Section. Our fifth and final Stroke Play Series event is scheduled for August 22, 2022, at RTJ at Grand National in Opelika, Alabama. 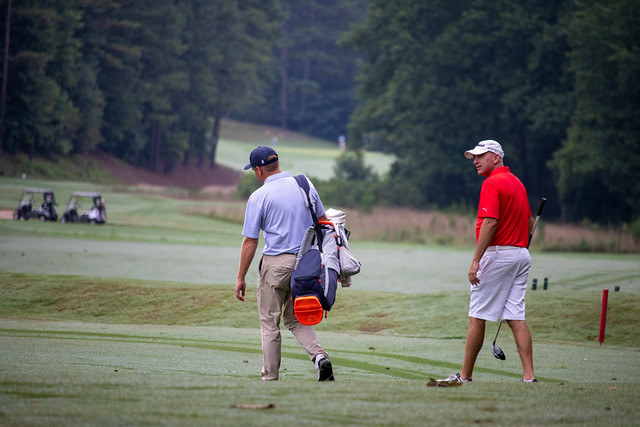