The 2022 Team Championship was held at Kiva Dunes Resort and Golf in Gulf Shores, Alabama. Located between the Gulf of Mexico and Mobile Bay, the wind is one of the unique challenges of this particular course. However, the wind was especially challenging during the Team Championship due to the speed and cool temperatures.

At the end of Round 1, the team of Steve Cutler/Kyle Sullivan and the team of Ben Bates/Jay Lerille tied at 12-under-par 60 at the top of the leaderboard. There was also a tie for second place. Jeff Jordan/Rick Gehr and Paul Reid/Andrew Peyton carded an 11-under-par 61.

Following play on Monday, the players gathered at Kiva Grill for hors d’oeuvres in a laid-back atmosphere courtesy of E-Z-GO.

Tuesday morning showed rain in the forecast, but luckily, the storms moved through before play. However, the storms brought even stronger wind gusts than the day before.

Genovese/Bailey and Jordan/Gehr both had 19 birdies across the two rounds, the most of any team.

Reid/Peyton landed in fourth place at 15-under par. Rounding out the top five, Rea Schuessler/Scott Smith and Bates/Lerille both shot 14-under par.

The Section would like to thank the E-Z-GO team, Michael Howell and David Tennant, for their continued support. Thank you to our host PGA Professionals Mark Stillings and David Watson for their help with this event. 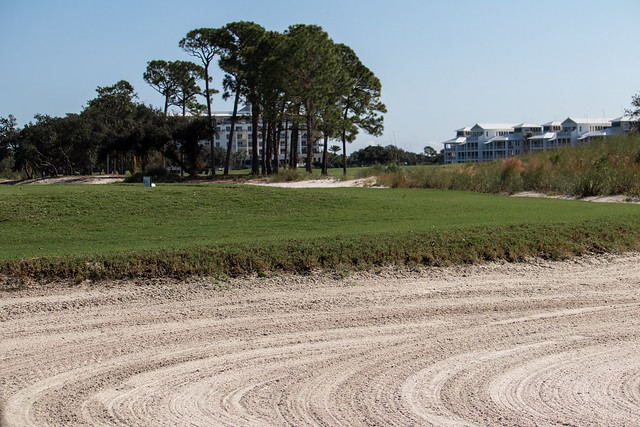