Our second Stroke Play Tournament was held at Cider Ridge Golf Course in Oxford, Alabama. It was a cloudy morning, but the rain in the forecast held off as the players teed off on Monday. The weather combined with the challenging hills of the course created an exciting day of golf.

This was the second of five tournaments with players competing for an additional purse based on point totals for the five events.

Jake Greer’s 6-under-par 66 was the low score of the day as he sunk seven birdies and one eagle. He shot an impressive 6-under on the front nine. His eagle came on the par-5 ninth hole.

Henry Westmoreland tied Greer’s seven birdies, a high for the day, but found himself tied for second place with Jammie Lett. They both ended the day with a 1-under-par 71. Mike Genovese finished even in fourth place, and Andrew Peyton landed in fifth place with a 1-over-par 73.

Thank you to our host professional Jammie Lett and Cider Ridge G. C. for hosting this event and to Golf Surprize for their sponsorship of this event. The next Stroke Play Series event is scheduled for June 6, 2022, at Valley Hill Country Club in Huntsville, Alabama. 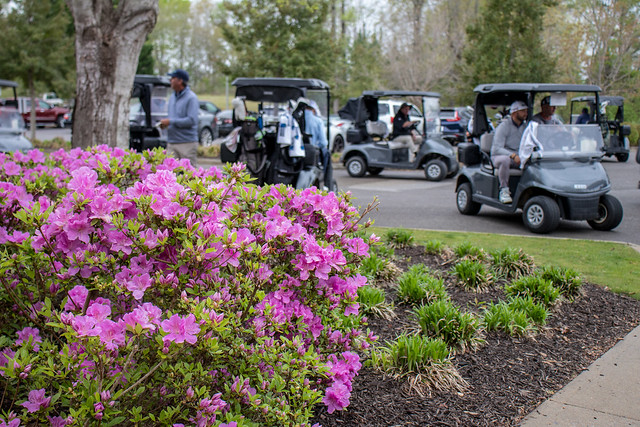