The 2022 Alabama – NW Florida PGA Stroke Play Series, sponsored by the PGA Tour, kicked off Monday at Tiger Point Golf and Country Club, located in Gulf Breeze, Florida. This was the first of five tournaments with players competing for an additional purse based on point totals for the five events.

A sunny day greeted players at Tiger Point G. & C.C., but it was accompanied by a strong gulf breeze. The challenge of keeping the ball low and under the wind was difficult. Mike Genovese was the only player able to conquer it with an under-par round. Genovese sunk four birdies and only two bogeys on his way to victory with a round of 2-under-par.

The host professional for the day, Troy Raybon, the Director of Golf at Tiger Point G. & C.C., matched Genovese’s four birdies but had a few more bogeys on his way to a round of 73. Following that round, Raybon found himself in a tie for second place with Todd Bailey and Henry Westmoreland. Six birdies, the highest of the day, wasn’t enough for Westmoreland as he had a couple of double bogeys added to his final round score.

Ben Bates, Jeff Jordan, and Mike Giammaresi finished in a tie for fifth place at 74. Rounding out the top 10, all tied for eighth place at 75, were Jammie Lett, Andrew Peyton, and Curtis Ohrn.

Thank you to Troy Raybon and Tiger Point G. & C.C. for hosting this early season event and to the PGA Tour for their sponsorship of the Stroke Play Series. The second event is scheduled for April 11, 2022, at Cider Ridge Golf Course in Oxford, Alabama. 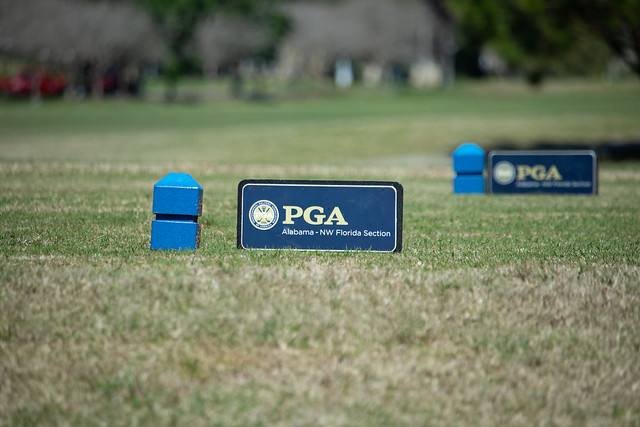