Thirty-three duos gathered in Prattville, Alabama at the RTJ Trail at Capitol Hill for the 2022 E-Z-GO Pro-Pro on Monday morning. This is one of the most exciting Section events. The 10:00 a.m. shotgun start rolled around, and the players were off.

As the duos advanced around the Senator course, each set of six holes presented a different format of play. Holes 1 through 6 were Alternate Shot, Best Ball on holes 7 through 12, and finally, holes 13 through 18 were a Scramble.

The team of Dominic Diaz/Ryan McLean ended the day at the top of the leaderboard with eight birdies and no bogeys. They carded an 8-under par 62 to secure the victory. The team of Mike Genovese/Todd Bailey was only one stroke behind the first-place team. Their eagle on the 10th hole plus their nine birdies were not enough to put them in first.

The team of Patrick Richardson/Jeff Jordan also ended the day with zero bogeys which placed them in third with a 6-under-par 64. Two teams tied for fourth place, the team of Jeff Copeland/Neil Thompson and the team of Ed Davis/Jerry Applegate. They both shot a 5-under par 65.

We want to thank our host professional Will Fisher at RTJ Trail at Capitol Hill for hosting this event. We would also like to thank the E-Z-GO team, Michael Howell and David Tennant, for their support of the Section.

Our next Section event is the GT Golf Supplies Stroke Play at Ballantrae Golf Club on July 11, 2022. We are looking forward to this fourth Stroke Play Series Event. 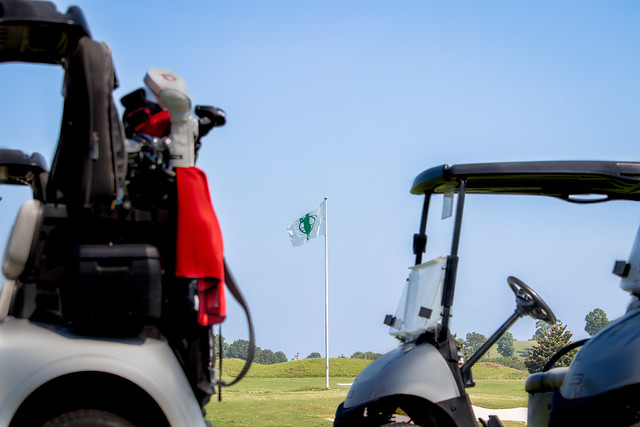