At the end of the first round of play, David Hanson led the pack at 5-under-par 67. Todd Bailey and Mike Genovese were two strokes behind Hanson at 3-under-par 69. Jordan Debonis landed in fourth at 1-under-par 71. Andrew Peyton, Rea Schuessler, David Pilkington, and Jake Spott all tied at even par 72 to round out the top five.

Following play on Monday night, Members gathered at the Watersound Beach Club for dinner and to connect with each other off the course.

It was a heated battle during the second round as Debonis moved his way up the leaderboard. Shooting a 4-under-par 68 put him at 5-under par for the tournament and was enough to jump to the first-place spot.

Peyton, Bailey, and Genovese all ended the tournament 2-under par and advanced to a playoff for the remaining two qualifying spots. Peyton took the second spot while Bailey snagged the remaining spot. In order, Genovese, Hanson, and Schuessler secured the three alternate spots.

Thank you to all of our sponsors including our supporting sponsors Titleist/FootJoy, Callaway, Nike, and TaylorMade. Additional thanks to our supporting partners the Golf Channel and the PGA Tour.

The Section is looking forward to supporting these Members as they advance! 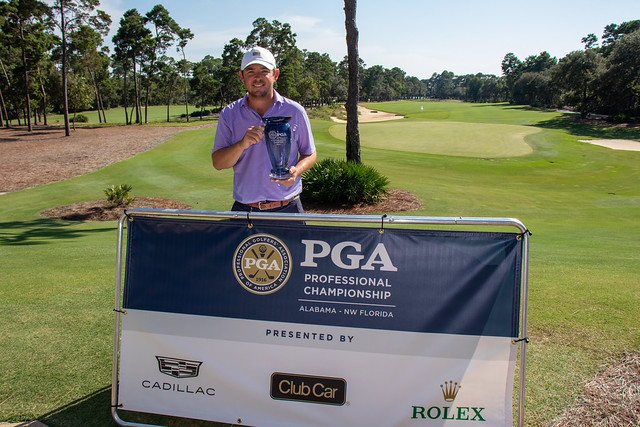